Sheila Hicks has a condition called sleep paralysis where she “wakes up” but is still dreaming. She says her life would be easier if doctors could figure out how to treat the condition, which affects close to 6 percent of Americans with no real research

Sheila Hicks is an artist whose artwork seamlessly moves between dreams and waking periods. Her work is a reflection of the duality that exists in our minds. 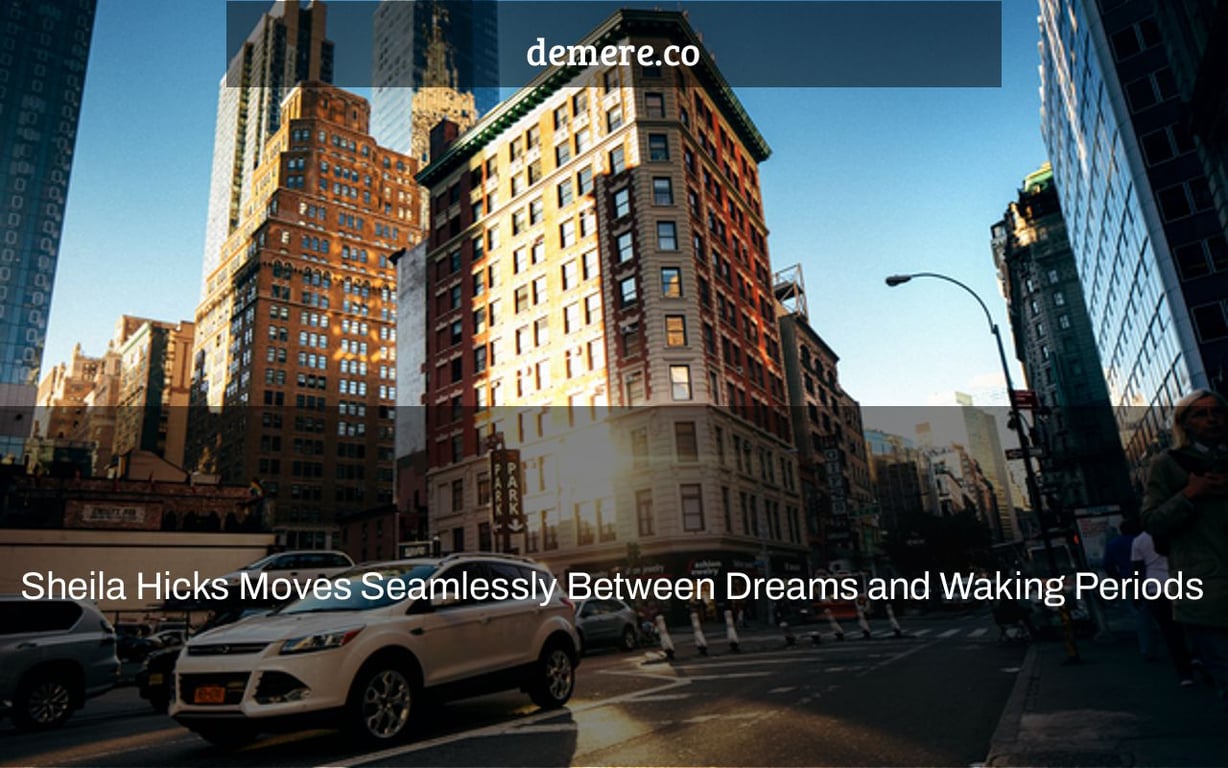 The artist, who sleeps in four-hour increments, keeps herself occupied, but she often pauses to watch the passers-by in the courtyard of her Paris building.

I moved to Paris in the mid 1960s and have always lived within three blocks of where I am today, in the Cour de Rohan, a collection of three courtyards in the heart of the city. It’s incredibly lovely, with its enormous green iron gates and cobblestones, and the Tower of Philip Augustus, which is part of the ancient city walls constructed about 1400, stands at the entrance. This little neighborhood was the epicenter of the French Revolution, with individuals writing and disseminating Le Journal du Peuple, a series of pamphlets designed to start things going in the right direction and urge the abolition of all aristocrats. Because of its history, it is a haunted location. But I tend to disregard it all; you can’t be plagued by your past.

My studio is on the ground level, and I reside on the upper floors of my building. Still, work may happen when I’m standing in the stairwell, staring out the window at how someone is cutting the trees, or after I’ve entered the courtyard, where I hang out. On one side of the house lies Le Procope, Paris’s oldest restaurant, where customers eat on the sidewalk, and on the other is a collection of creative individuals. One of them is an opera designer. Another is in charge of fashion shows. In addition, the Giacometti Foundation has relocated to the building directly across from my studio. So it’s a secluded yet lively living.

I sleep in four-hour chunks and transition well between dreaming and waking hours. You may be able to find your way into the cave of the dream world if you look at my work. There are times when I have to work hard just to remember what day it is. And I like working on many projects at the same time. For example, today I was requested to produce an environmental art for the summer months at King’s Cross, near the London train station. In addition, I’m working on something for a municipal complex near the dock in Oslo, which will open in conjunction with the city’s Museum of Modern Art. We’ll be delivering tapestry models to the Gobelins Manufactory tomorrow. Then there’s the Barbara Hepworth Museum in Yorkshire, England, where I’m now exhibiting. I do whatever it is that interests me.

I go acrobatically from concept to final art, as if I can see the clouds moving and the light coming and disappearing. But, because I frequently work with fiber and textiles, I’m also quite specific in how I work; unlike a video or digital artist, I’m physically involved in every piece I make. It’s a manual process mediated via architectural, photographic, form, material, and color optics. I earned an honorary degree from my alma mater a few years ago — I attended Yale in the 1950s — and that made me extremely pleased because it supported my decision to work and live as an artist. It meant that, unlike many artists, I could offer something to other professions, and so I’m looking for ways to do so, rather than merely expressing myself.

This interview has been trimmed and condensed for your convenience.

Sheila Hicks is a writer, artist, and musician who has written about her experiences with dreams and waking periods. Her work includes “Tapestry” which she wrote in the form of a dream journal. Reference: sheila hicks tapestry.

What do Snapchat Emojis Actually Mean?