NASA’s Parker Solar Probe mission has been performing well since it launched on August 12th, 2018. The probe is designed to explore the solar system and answer questions about stars that might have otherwise remained unknown. 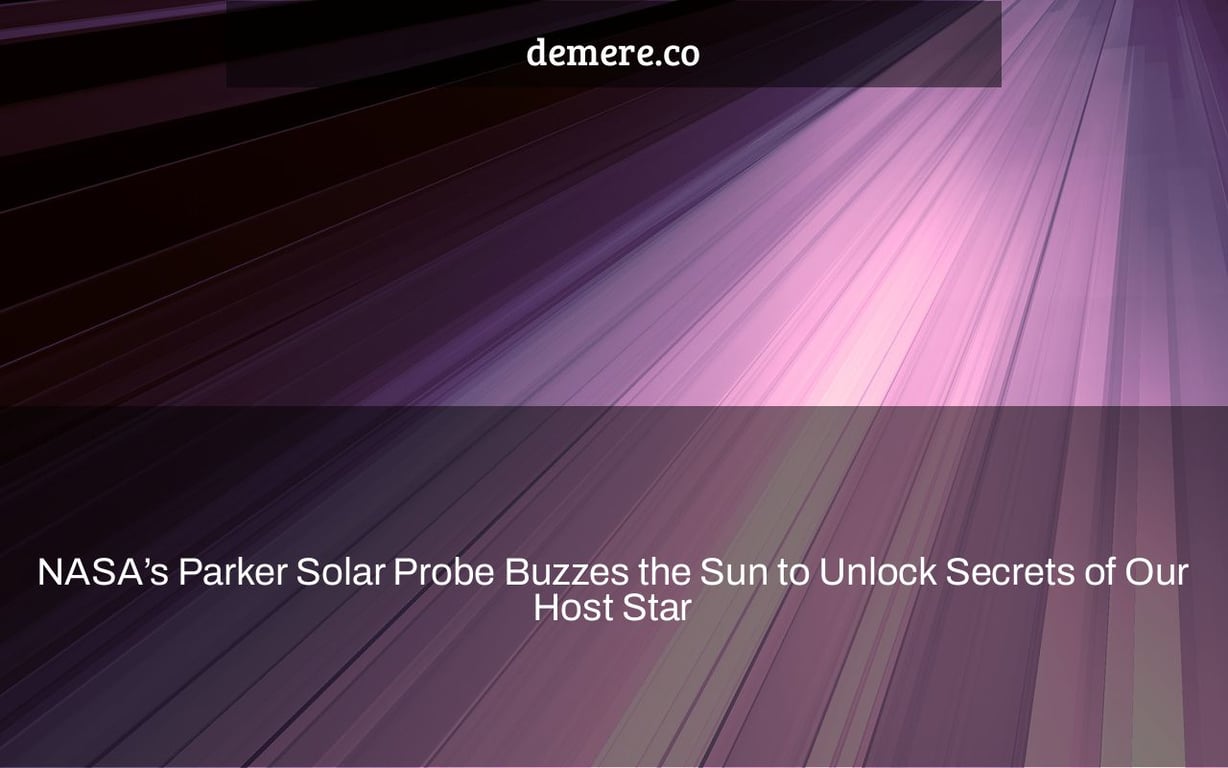 Last spring, a car-size spacecraft billed as the fastest human-made object ever sped into the sun’s atmosphere for the first time, gathering scientific data that might help unveil the mysteries of our host star, according to experts engaged with the NASA project.

According to NASA, the Parker Solar Probe got within 8.1 million miles of the sun’s surface on April 28 as it completed its eighth looping orbit around the star, marking humanity’s closest visit to the star ever. Since its launch in 2018, the 1,400-pound, $1.5 billion probe has been measured at speeds of up to 365,000 miles per hour, thanks to the sun’s tremendous gravity.

According to the scientists, data from the heat-tolerant probe might help explain why the sun’s outer atmosphere, or corona, is hundreds of times hotter than its surface, reaching temperatures of 3.5 million degrees Fahrenheit. The information might also provide light on the origins of solar wind, a potentially hazardous jet of charged particles and heated gas that erupts from the sun’s surface into space.

“These are puzzles that have plagued us for decades,” said Nour Raouafi, a project scientist for the probe and an astrophysicist at the Johns Hopkins Applied Physics Laboratory.

Dr. Raouafi was one of five mission scientists who spoke at an American Geophysical Union conference about the probe’s historic flyby in New Orleans. The flyby was described in full in an article published in the journal Physical Review Letters on Tuesday.

Only Earth- and space-based observatories, other spacecraft operating further from the sun, and Apollo astronauts’ lunar tests from decades ago provided scientific data on the solar wind.

Dr. Raouafi’s team was able to determine that the probe had passed the corona’s upper barrier, also known as the Alfvén critical surface, thanks to images collected by a camera onboard the probe. The wrinkled rather than smooth border indicates the point when material emerging from the sun escapes the star’s gravitational and magnetic forces and flows outward as the solar wind at speeds of up to 1.7 million miles per hour. 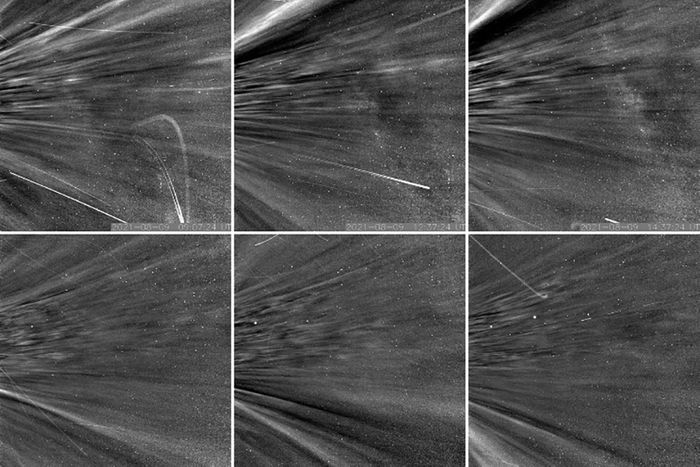 Images captured by NASA’s Parker probe as it flew through the corona, the sun’s upper atmosphere, reveal streams of particles and magnetic forces.

“What we’re seeing now is the sun is like a balloon with a bunch of little holes punched in it, with different speeds and densities of wind coming out of those little holes,” said Stuart Bale, an astrophysicist at the University of California, Berkeley, who was one of the scientists who described the flyby at the meeting.

The probe is outfitted with equipment that monitor electromagnetic fields and charged particles within the corona, as well as a camera, all of which are shielded by an 8-foot-wide heat shield intended to resist severe temperatures.

Dr. Bale hopes further data from the probe, which will buzz the sun 14 more times over the next four years, will help answer additional puzzles about the solar. The probe is expected to go much closer to the sun on future flybys, coming within 3.8 million miles during its last encounters in 2024 and 2025.

The sun is about 93 million miles away from the Earth.

NASA, the European Space Agency, and the Canadian Space Agency are teaming together to launch the James Webb Space Telescope later this month. Its technology, according to scientists, makes it 100 times more powerful than the Hubble Space Telescope and might allow it to look back to the very earliest galaxies in the universe. WSJ/Adele Morgan illustration

The last flybys are projected to occur during the solar maximum, a time of 11 years when explosions of energy from the corona known as coronal mass ejections and other comparable events are very powerful.

According to experts, the outbursts have the potential to cause electricity outages, disrupt financial systems, and destroy global positioning satellites, thus scientists are keen to gather solid data on the solar maximum. The eruptions are also a danger to passengers on planes and astronauts, including those who may one day populate the moon and Mars.

“We need to be able to predict how those particles propagate once we start talking about people leaving the magnetic bubble of earth, which protects us from cosmic rays and solar particles,” said Cindy Cattell, a University of Minnesota physicist who attended the meeting but isn’t involved with the mission. “Perhaps with data from the Parker probe, we can enhance those forecasts.”

Eugene Parker, a University of Chicago astronomer who predicted the presence of solar wind in 1958, was honored with the probe’s name.

Essay On Lohri In English For Students & Children