Machine Gun Kelly has unveiled the full list of songs for WWE 2K22, including Eminem’s “Lucky You.” The rapper is continuing to draw buzz with a series on his new album.

“WWE 2K22 roster” is a list of the songs that will be on the upcoming WWE video game, “WWE 2K22”. Machine Gun Kelly revealed the lineup. 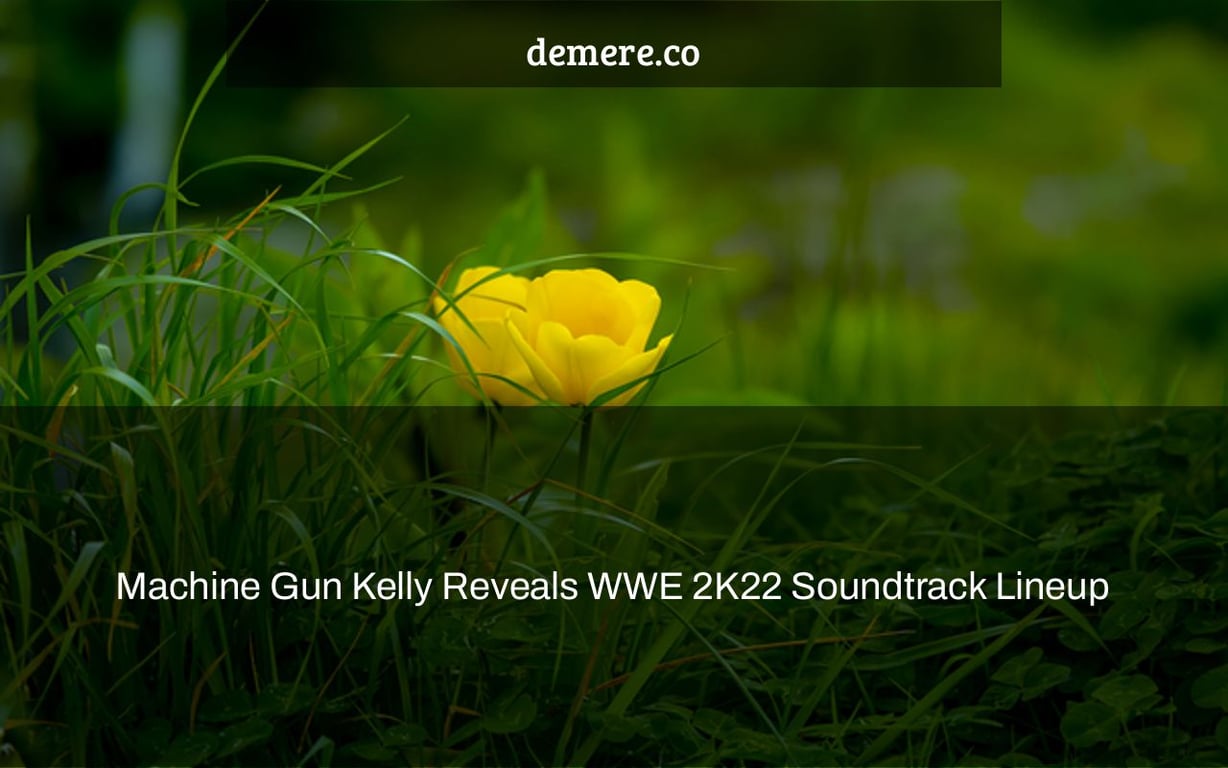 Machine Gun Kelly will executive produce the 2K22 soundtrack in addition to being a playable character, and we now have the whole tracklist. Machine Gun Kelly opens the new soundtrack with two songs: Concert for Aliens and Body Bag (with YUNGBLUD and Bert McCracken), which are followed by Wu-Tang Clan’s Protect Ya Neck and Motorhead’s Iron Fist. Then there’s some NXT love in the shape of Poppy’s Say Cheese, which is the live version she did on NXT in this occasion. The Weeknd’s Heartless comes next, followed by Royal Blood’s Typhoons and Bring Me The Horizon’s Happy Song.

Turnstile’s I Don’t Wanna Be Blind and Asking Alexandria’s The Final Episode (Let’s Change the Channel) follow, with KennyHoopla’s Hollywood Sucks rounding off the set.

“For more than a decade, Machine Gun Kelly has been a vital part of the WWE family, performing at WrestleMania and Tribute to the Troops, soundtracking our premium live events with his music, and making frequent storyline appearances on WWE programming,” said Neil Lawi, Senior Vice President and General Manager, WWE Music Group.

“He’s put together a unique soundtrack for WWE 2K22 that contains not just his own music but also songs from a wide range of musicians, like The Weeknd and KennyHoopla. The 12-track music is a wonderful match for the increased gameplay in this version “Lawi went on to say.

MGK hand-picked the trackless, which you can see in the video below.

In terms of WWE 2K22, the game will contain a large roster of current superstars and Legends, including the nWo. In the nWo 4-Life version of the game, you can earn several extra skins and stars, and the official description of what it features can be seen below.

• In digital format, the nWo 4-Life Edition will cost $119.99 for PlayStation 4, PlayStation 5, Xbox One, Xbox Series X|S, and PC. The nWo 4-Life Edition includes MyFACTION EVO Cards and alternate nWo attires for Hollywood Hogan, Scott Hall, Kevin Nash, and Syxx, as well as a playable Eric Bischoff character, WCW Souled Out 1997 and WCW Bash at the Beach 1996 arenas, and the nWo Wolfpac Championship, in addition to the Standard Edition and all bonus content included in the Deluxe Edition. Players who pre-order the nWo 4-Life Edition before March 8, 2022, will gain three days of early access to the game.

What are your thoughts on the music? Let us know in the comments, and as usual, you can reach out to me on Twitter at @MattAguilarCB to discuss all things wrestling!

Machine Gun Kelly Reveals WWE 2K22 Soundtrack Lineup is a song by American rapper, Machine Gun Kelly. The song was released on March 16, 2018. The song’s lyrics speak about how MGK feels lonely and wants someone to love him back. Reference: mgk lonely.

11 Top Tips to Help You Captivate Your Audience