The NBA legend’s statement, which demanded that the show make an apology and retract its claims, was released after it emerged West had not been consulted on any of the “Winning Time” characters.

Jerry West has demanded a retraction and apology for “A Baseless And Malicious Assault” on his character in the HBO series “Winning Time”. 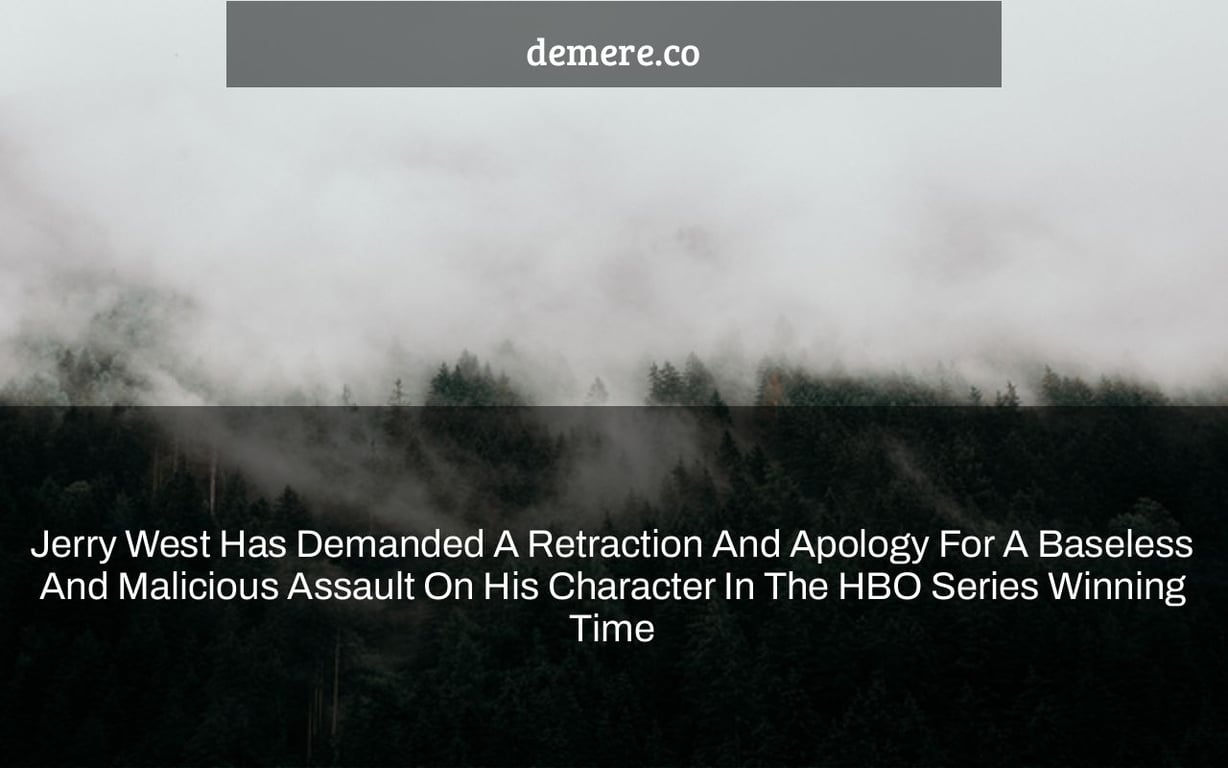 Jerry West’s name has recently come up in connection with HBO’s drama series “Winning Time.” The show is largely regarded as a depiction of the Showtime Lakers’ ascent to prominence.

Some criticize the series’ depiction of the characters as being incorrect. Jerry West seems to be one of their number. Jerry West has “demanded a retraction and an apology” for the way he was represented in the episode, according to ESPN’s Ramona Shelburne.

In a letter issued Tuesday evening by his legal team to HBO and director Adam McKay, former Los Angeles Lakers executive Jerry West sought a retraction and an apology for what he termed “a false and vicious attack” on his reputation in the HBO series “Winning Time.”

“Winning Time erroneously and brutally depicts Mr. West as an out-of-control, drunken rage-aholic,” West’s attorneys claim, adding that the character “bears no similarity to the actual man.” They are requesting a retraction within two weeks after receiving the letter.

“The depiction of NBA star and LA Lakers legend Jerry West in ‘Winning Time’ is fiction masquerading as reality — a purposefully misleading caricature that has caused considerable grief to Jerry and his family,” said Skip Miller, a partner of Miller Barondess LLP in Los Angeles and West’s attorney. “Contrary to the HBO series’ skewed depiction, Jerry had nothing but love and harmony with the Lakers organization, particularly owner Dr. Jerry Buss, during a period when he put together one of the best teams in NBA history.

“Jerry West played a key role in the Lakers’ and NBA’s success. HBO’s deliberate denigration of him for shock effect and ratings purposes is a shame. HBO and the filmmakers owe Jerry a public apology and, at the very least, should withdraw their unfounded and defamatory depiction of him as a matter of basic decency.

Others, without a doubt, have the same opinion about the series. Kareem Abdul-Jabbar has also been critical of the program, slamming the characters’ “bland characterisation.”

“Let’s start with the uninteresting characterisation. The figures are rudimentary stick-figure depictions of actual individuals, similar to how Lego characters resemble real people. Hans Solo has a strong resemblance to Harrison Ford. As though the authors were scared that anything more complicated would burden the viewers’ understanding, each character is limited to a single bold attribute.

“Jerry Buss is an egomaniac businessman, Jerry West is a crazed coach, Magic Johnson is a sexual simpleton, and I’m a pompous jerk.” Caricatures, not personalities, are what they are. Portraits taken at amusement parks that stress one physical element to accentuate your attractiveness while never touching on the essence.

“The storyline becomes frenzied melodrama, with sensationalized created moments to stimulate the senses but disclose nothing deeper, as a consequence of utilizing caricatures instead of fully realized individuals. It’s as if he put a string of flashing colorful lights together and said, “This is the spirit of Christmas.””

It will be interesting to watch how the network and production react to Jerry West’s requests. Jerry West is correct in demanding an apology, since no one wants their image harmed.

Even if it exaggerates some of the events that occurred, the show “Winning Time” has received excellent reviews. While many fans like it, it is evident that some of the cast members are less enthusiastic about it.

Jerry West, the athletic director of the Los Angeles Lakers and one of the greatest NBA players in history, has demanded a retraction and apology for “a baseless and malicious assault” on his character in the HBO series “Winning Time”. Reference: jerry west, the athletic.

How to handle high volumes of eCommerce inquiries during shipping [Whitepaper]