The Bahraini government has been accused of abuse of human rights, particularly targeting the Shia population. The country is a key ally in Middle East and F1 have faced accusations that they were making money from this partnership despite there being no evidence to support it. 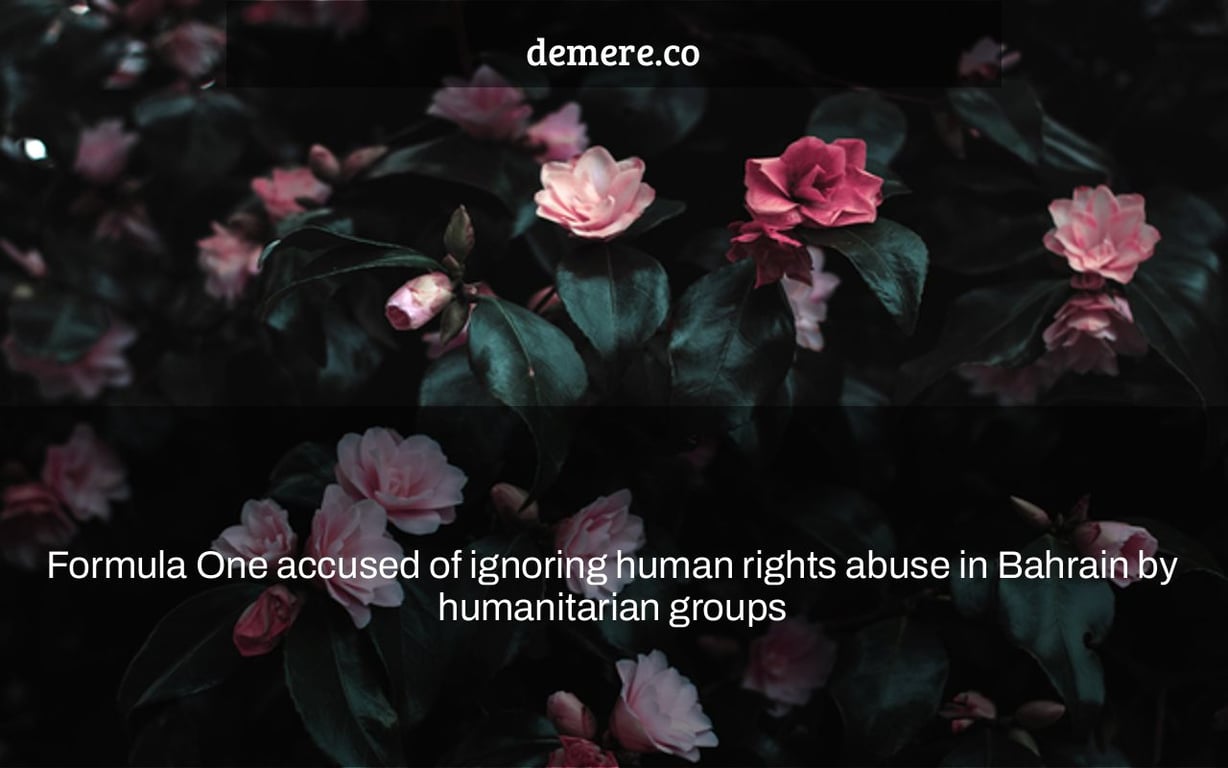 Formula One has been accused of disregarding human rights violations in Bahrain and of having a “clear double standard” in deciding where it should and should not hold races ahead of this weekend’s Bahrain Grand Prix.

F1 has “abandoned people who have been tortured and imprisoned” in Bahrain, according to the Bahrain Institute for Rights and Democracy (Bird), in part owing to criticism of the event, which takes place on March 20.

The letter accuses F1 of “failing to engage with civil society and recognise rights abuses in Bahrain,” as well as of “sportswashing” the country’s “continued institutionalised tyranny.”

The letter demands F1 to officially highlight the country’s human rights “problem,” among other things. It also begs F1 to evaluate the Bahrain Grand Prix contract.

“For decades, Formula One has worked hard to be a good influence wherever it races, including economic, social, and cultural advantages,” F1 said in a statement. Sports like Formula One are perfectly positioned to bring nations and communities together to enjoy the passion and thrill of extraordinary competition and success across borders and cultures.

“We take our rights duties extremely seriously and establish high ethical standards for counterparties and individuals in our supply chain, which are incorporated in contracts and to which we pay careful attention.”

“Bahrain has led human rights reform in the region, and to claim otherwise does not represent current-day reality,” the Kingdom of Bahrain said in a statement.

“Bahrain has the strongest human rights safeguards in the area.” Independent bodies, such as the Middle East’s first independent human rights Ombudsman, protect against and investigate any issue involving human rights; police code of conduct reforms and comprehensive training support a zero-tolerance policy toward any form of mistreatment; and criminal justice reform, whether related to judicial reform or alternative sentencing, ensures better protections and outcomes.

“Attempting to single out Bahrain in the Formula One calendar is ludicrous, devoid of context, and completely undermines Bahrain’s significant progress and leadership in this field. Bahrain warmly embraces and actively supports the role that Formula One can play in bringing attention to human rights concerns in all of the nations where it works, both now and in the future.”

After the decision to postpone the Russian Grand Prix after Russia’s military invasion of Ukraine last month, the letter stated F1 had exhibited “a blatant double standard being applied with nations in the Middle East,” referring to Saudi Arabia’s participation in a war with Yemen.

The Guardian reported on Monday that Bahraini detainees had written to Lewis Hamilton, applauding the seven-time world champion for earlier speaking out against human rights abuses in the region.

The letter, obtained by the Guardian, said, “Your real care about these incidents has transformed the way convicts conceive about this sport.”

“To us, you are our champion, not just as a driver but also as a person being concerned about others’ pain. A new phenomena has grown across the institution to show our support for you. Inmates started writing or drawing ‘Sir 44’ or ‘Lewis 44’ on their clothing, which we would wear while watching the race to show our support.”

Saudi Arabia hosts the season’s second race on March 27, a week after Bahrain, and has a 15-year arrangement with Formula One to host events.

How to wash your pillows, according to experts