The Chinese and North Koreans are no longer threats because they have “agreed to disagree” on how best to manage the Pacific. The military alliance has been extended south, but there’s still a lot of work left to do in Hawaii (and Guam). 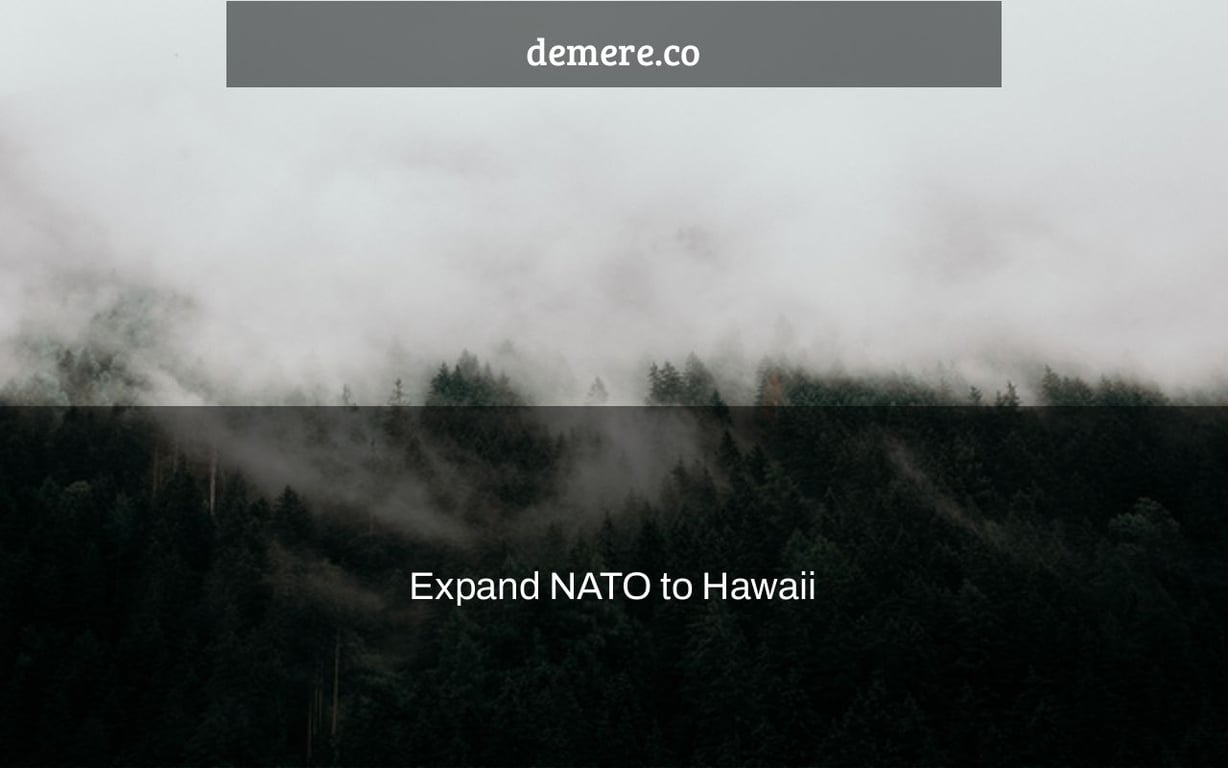 An assault on one ally in the North Atlantic Treaty Organization is seen as a strike on all. If Russia destroyed Warsaw, the US would be compelled to intervene. This law, however, would not require US friends to intervene if Pearl Harbor was attacked again.

Only Europe and areas of North America north of the Tropic of Cancer are covered by Article 5 of the North Atlantic Treaty. The deal excludes large swaths of territory from member nations, such as Puerto Rico and French Polynesia. This restriction helped to exclude far-flung colonies when NATO was founded in 1949. NATO’s self-imposed geographic borders isolate the alliance from the Indo-Pacific and weaken it in the Atlantic, notwithstanding Russia’s conflict in Ukraine and Chinese belligerence.

Countries have prevented attack for seven decades by joining NATO, knowing that their more powerful partners would protect them. When NATO removes territory from its security guarantee, it risks triggering a conflict.

The Falklands War started in this manner. In 1982, when Argentina invaded British land, NATO did not intervene. It had no obligation to assist. Even Britain’s closest friend, the United States, hesitated before offering logistical and intelligence help. Worse, Argentina regarded Britain’s NATO membership as justification for invasion, claiming that Article 5 obligations would bind British soldiers in Europe. The weakness in the defense pact sparked a conflict in which over 900 people perished.

NATO can no longer afford to take such chances. It must defend all members’ territory in the face of an unpredictable Vladimir Putin and a swaggering China. Expanding Article 5 would allow allies to deploy troops from the Falkland Islands in the South Atlantic to the northern Russian naval threat. It would also send a message to China by extending NATO’s deterrence in the Indo-Pacific.

To begin, the southern boundary of Article 5 excludes the British, Dutch, and French Caribbeans, as well as America’s naval station at Guantanamo Bay and Europe’s satellite-launching site in French Guiana. The British possessions in the South Atlantic are another omission. With a frigate, a patrol ship, and a 1,200-person air station, London maintains a substantial defensive presence in the Falklands. A greater deterrence would be to cover the islands with NATO’s guarantee of collective might.

The argument for extending Article 5 to include the Indo-Pacific region has never been stronger. Surprisingly, Guam and Hawaii are not included in the deal. During the Cold War, American policymakers dismissed this flaw as insignificant; the Soviet Union was neither. North Korea has recently threatened Guam, and China published a video last year depicting nuclear-capable aircraft launching a mock strike on an American air base there. The naval facility of the United States at Diego Garcia, an Indian Ocean center, is similarly unprotected.

America will need Europe’s cooperation to stand up to China and other rivals at the same time. However, European governments have not always been keen to prevent Beijing. Last year, French President Emmanuel Macron stated his opposition to China-containment blocs, while German Chancellor Olaf Scholz wanted to improve commercial relations with Beijing.

The most promising option to transform Europe into a U.S. partner in the Indo-Pacific is to expand NATO from inside, by expanding Article 5’s scope. An addendum would reaffirm NATO members’ territorial integrity, making the action more acceptable to skeptics and reducing Chinese wrath. New Caledonia and French Polynesia would be safeguarded, therefore France could be enticed to join on. Now that Russia’s conflict in Ukraine has showed Germans that their foreign policy of change via commerce has failed, Berlin is more inclined than ever to sign on. European politicians recognize their debt to the United States for its leadership in Ukraine, and strengthening NATO from inside is one way to repay the debt.

Even though Turkey is 97 percent in Asia, the single revision to the North Atlantic Treaty so far, in 1951, included it in the alliance. There is no need to continue to exclude and jeopardize American, British, Dutch, and French territory throughout the world—lands whose people elect legislators and volunteer to fight NATO’s conflicts. They are just as deserving of the alliance’s protection as any of their fellow citizens.

Mr. Barzani is a member of the United States Army Reserve, a Yale Law School student, and the first English-language translator of Napoleon’s “Chronicles of Caesar’s Wars.”

The “nato members 2022” is a proposal to expand NATO to Hawaii. The alliance would include the US, Canada, Mexico, and many of the islands in the Pacific Ocean. If this proposal were to happen, it would allow for more military cooperation between these countries.