China’s factories make high and labor costs are rising, but the country’s consumers have a lot to spend. How might this shift affect international trade?

China is one of the largest economies in the world, and has a large manufacturing industry. However, China’s manufacturing sector has declined significantly in recent years. 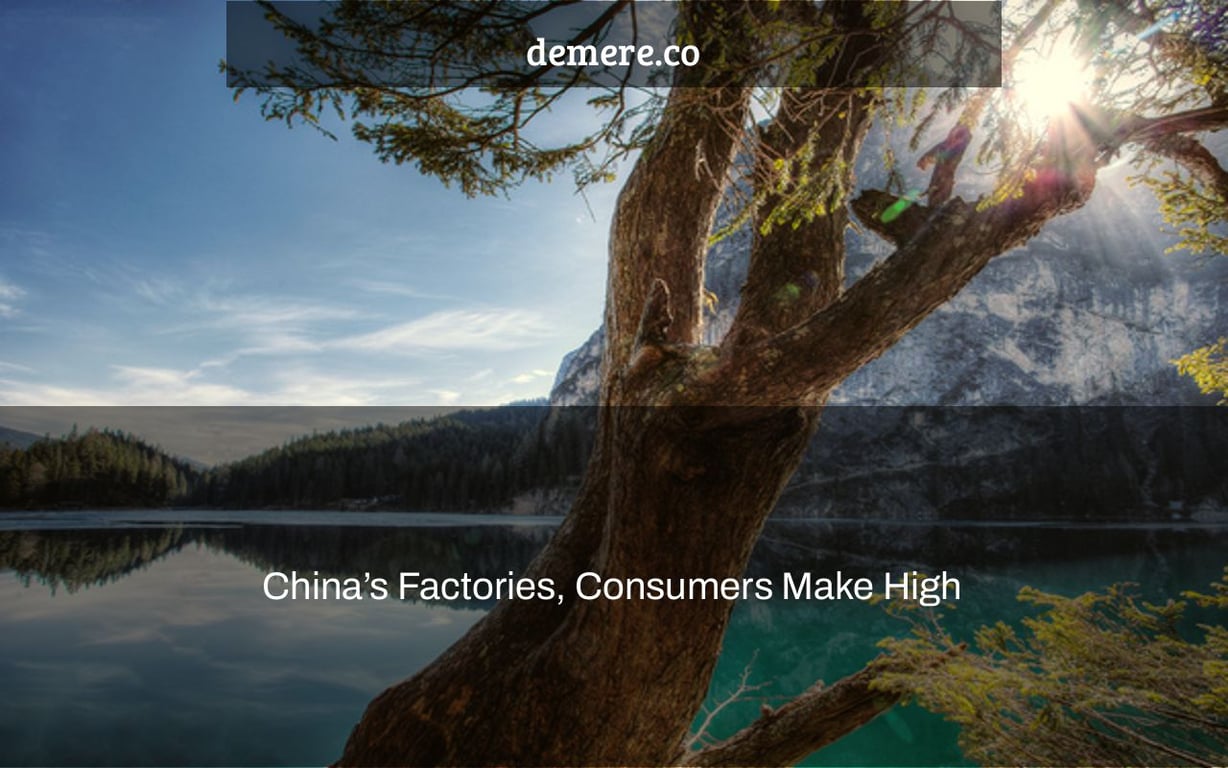 However, although industrial production and retail spending in the first two months have exceeded analysts’ estimates, a quickly expanding Covid-19 epidemic and the effect of the crisis in Ukraine threaten to bring the party to an early conclusion, casting doubt on China’s 5.5 percent economic growth objective.

Industrial production increased 7.5 percent in the first two months of the year, up from 4.3 percent in December and more than twice the 3.5 percent projected by analysts surveyed by The Wall Street Journal.

Retail sales, a measure of household consumption, increased by 6.7 percent, above the 4.3 percent forecast by analysts polled. For the first time since July, catering sales, which include restaurants, rose faster than goods sales.

Fixed-asset investment rebounded sharply in the first two months of the year, outpacing experts’ predictions of 5% and the 4.9 percent growth rate in the same time last year.

Investment in infrastructure projects increased by 8.1 percent year over year, indicating that authorities want to depend on more publicly financed projects to boost development as exports decline and the real-estate sector’s difficulties persist.

This week is Shanghai. In China, outbreaks of Covid-19 have resulted in increased lockdowns.

The central bank left a key interest rate steady on Tuesday, defying market forecasts. Still, Goldman Sachs analysts believe that other easing measures, such as drops in the policy interest rate and banks’ reserve-requirement ratio, will be implemented in the coming months.

Home sales by value fell 22.1 percent in the first two months of this year compared to the same period last year, the greatest drop since March 2020, when China’s economy was hit hard by the exploding Covid-19 outbreak. Real-estate investment increased 3.7 percent year over year, compared to a 4.4 percent growth rate for the whole year of 2021.

“Given the downward pressure on organic growth, I think achieving a 5.5% target is really, really challenging,” said Louis Kuijs, chief Asia economist at S&P Global Ratings. Beijing in early March set a growth target for 2022 of around 5.5%, a goal deemed ambitious by many economists considering the multiple headwinds.

Increases in commodity and raw-material prices are compressing profit margins for Chinese businesses. Because of the conflict in Ukraine, several commodities, such as nickel and wheat, have reached decade-high prices. Demand for Chinese exports might be harmed if global economy slows.

China’s economy slowed dramatically in the third quarter as the effects of the epidemic faded, and Beijing is now focusing on longer-term challenges such as family debt and energy usage. Anna Hirtenstein of the Wall Street Journal discusses what investors are looking for. Long Wei/Sipa Asia/Zuma Press photo

“Changes in geopolitics have had a relatively obvious impact on global commodity prices,” Fu Linghui, a spokesman for the National Bureau of Statistics, said Tuesday, adding that the direct impact of the Russia-Ukraine conflict on China’s economy would be limited because the two countries are minor trading partners.

Lockdowns and industrial closures have been triggered by a fresh wave of Covid-19 outbreaks, with the number of reported daily cases reaching its highest level since early 2020, threatening both exports and local demand for services.

Covid outbreaks are the most serious threat to China’s economy, making the government’s 5.5 percent growth objective more difficult to achieve, according to Yi Xiong, Deutsche Bank’s senior China economist. The bank forecasts 4.5 percent growth in the first quarter and 5.1 percent increase for the whole year.

Hundreds more Covid-19 instances have been discovered in Shanghai and Shenzhen, China’s two biggest cities, which account for around 6.5 percent of the country’s GDP combined, leading officials to close schools and companies, halt flights, and undertake mass testing.

Factory suppliers for worldwide brands like as Apple have temporarily shut down in Shenzhen, a major industrial region with over 17 million citizens. Shanghai’s schools were closed this week, while flights into and out of the city were halted.

According to economists at ANZ, a bank, a one-week shutdown of the impacted areas might shave 0.8 percentage points off GDP growth. According to a letter released Monday, if other cities follow suit, half of China’s GDP and population might be impacted this time.

Morgan Stanley also predicted that China’s GDP would not increase in the first quarter compared to the previous one. The bank also lowered its full-year GDP forecast to 5.1 percent, citing authorities’ decision to “double down” on the zero-Covid policy.

—This paper was co-written by Bingyan Wang.

Stella Yifan Xie can be reached at [email protected]

The “china economy in trillion” is a country that has a large amount of factories. The country also has a high number of consumers.

How to bypass Netflix site error with VPN? 5 foolproof VPNs [2022]