It’s a time-honored tradition for Jews to celebrate Christmas with their families. However, this celebration can be complicated due to the fact that many people don’t share in Jewish traditions or customs. Here are some suggestions on celebrating a Jewish Christmas Day at home and abroad.:

Jews do not celebrate Christmas, but they do have a tradition of having a Jewish Christmas Day. This is a day that Jews spend with their family and friends to give thanks for all the blessings in their life. 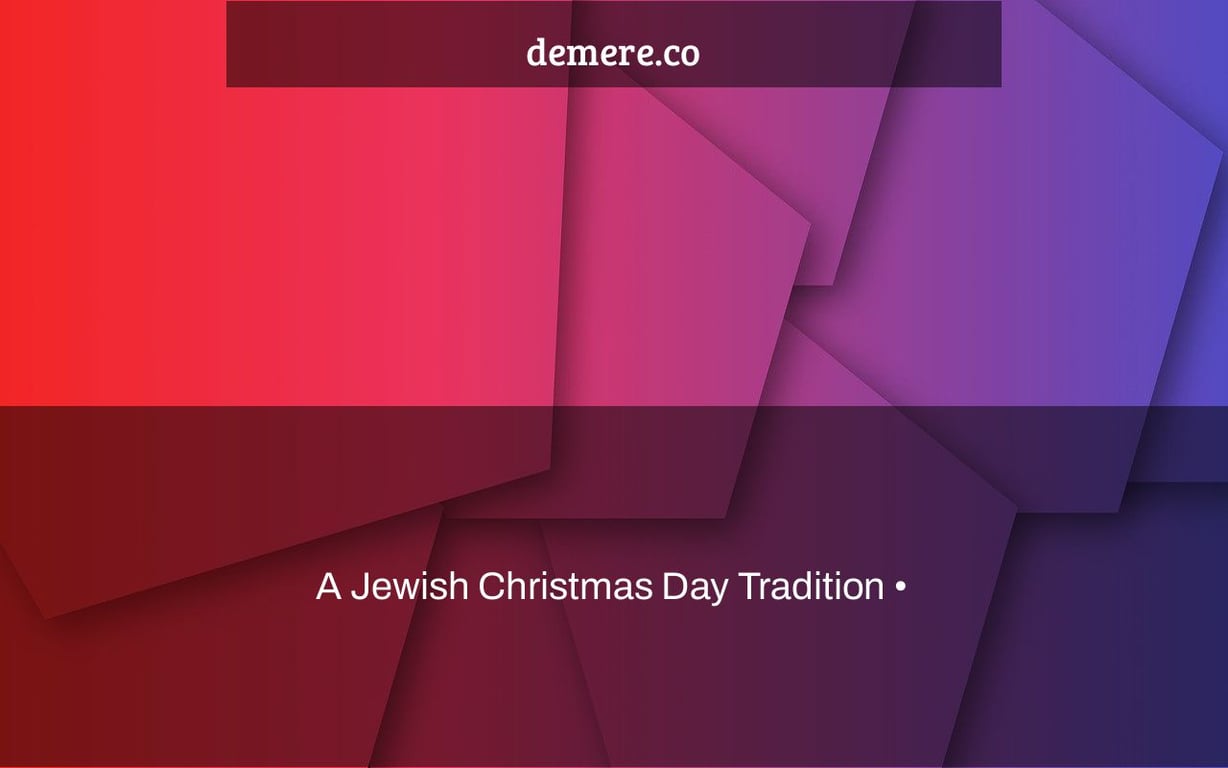 The custom began over a century ago in New York.

The practice began (mainly) in New York, when Jewish families began eating at Chinese restaurants on Christmas Day since they were the only places open at the time. However, the custom has subsequently expanded throughout the United States.

“Jews eating Chinese on Christmas may be one of my childhood’s more clichéd memories, but it’s also one of my favorites. My parents would take my brother and me to the movies on Christmas Eve as a youngster of an interfaith family, and then we’d meet up with my cousins for Chinese cuisine. We’d all limp back to my grandmother’s home after overindulging in sesame chicken and pork lo mien, change into our matching Christmas PJ outfits, carefully hang our stockings, and snuggle down on the sofa. While we ate fortune cookies, my father would read ‘Twas the Night Before Christmas’ aloud. Despite the fact that we haven’t done this tradition in many years, it remains one of my favorite memories, and here is my official request to my parents to bring back the Christmas Eve Chinese cuisine!” Kate H., a Connecticut resident, expressed her thoughts.

For nearly a century, Jews have celebrated Christmas Eve and Christmas by eating Chow Mien and Orange Chicken. Not only is Chinese food a wonderful way to bring the family together around Christmas, but some Jewish families also utilize the practice to commemorate a variety of life milestones.

“We [eat Chinese on Christmas],” said Stacey Agdern of New York. My mother’s birthday, my uncle’s (of blessed memory) birthday, and my grandparents’ anniversary all fall on the same day. It’s become a wonderful family tradition.”

The beautiful thing about Chinese cuisine is that it can be found practically anyplace in the United States, so you can maintain the custom even if you’re on vacation. It makes no difference where you are.

“I’ll be down south for Christmas, and certainly, my family and I will eat Chinese cuisine,” said Luana Gerardis, a North County resident.

Because Christmas Day is one of the busiest days of the year for many American Chinese restaurants, getting egg rolls with your family usually necessitates making a reservation. All of the Chinese restaurants in the North County, however, operate on a first-come, first-served basis. For those who prefer to dine at home, there are always take-out choices.

On Christmas Day, we’ll see you at the buffet! That’s where I’m sure my family and I will be!

Restaurants that provide Chinese food in North County include the following:

Take-out/delivery/dine-in buffet is available from 11:30 a.m. to 9 p.m. They deliver to Atascadero/Templeton/Santa Margarita for free.

Buffet at the Dragon Palace King:

The “why do jewish eat chinese food on christmas” is a Jewish Christmas Day tradition. Jews traditionally eat Chinese food on Christmas day, as they believe that the Chinese are descendants of the Israelites.

Is Hanukkah the same as Christmas?

A: Yes, they are the same. They both celebrate Jesuss birth, as well as Hanukkah and Christmas being in winter months.

Why Chinese eat on Christmas?

A: Chinese eat on Christmas to celebrate the birth of Jesus Christ, who is central to their religion.

What is the traditional Chinese Christmas dinner?

A: In Chinese, the word for dinner is 特菜. And in traditional Chinese culture, there are three major dishes that represent what you are eating on a particular day of the year or season.